I went running this morning. Just round the block.

When I got home, I took a shower and spent an unnecessary amount of time combing my closet looking for what to wear. It’s been a while since I did laundry, so I was having a hard time finding something when I heard a knock on my door.

I called for him to come in while I was in my walk-in closet, battling my collection to make a decision.

Once I was done, we headed out to Ballet Class.

Although we arrived 1 minute late, nothing had happened yet! Whew! The kids were lining up in their positions, so I hurriedly kissed Taelor and sent him off into the class to line up also. 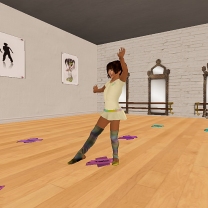 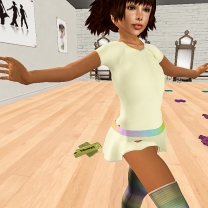 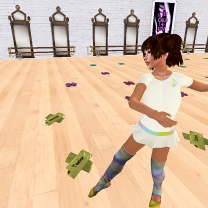 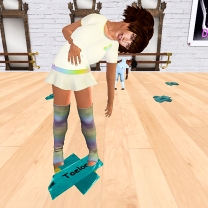 I watched him dance his heart out and couldn’t help but feel a strong sense of pride that he was MY son. Mine! I’m really just so impressed with his progress, and as I watched him, it was hard for me to answer my ever-buzzing phone. Finally I took my eyes off him to see who had been calling or texting me and saw it was Timmy! My nephew.

Instantly, I sent a taxi for him and soon her was here. He waited with me till the class was done to see Taelor.

Taelor ran up to me after class. I just love his hugs!! I’m so glad he’s full of them. 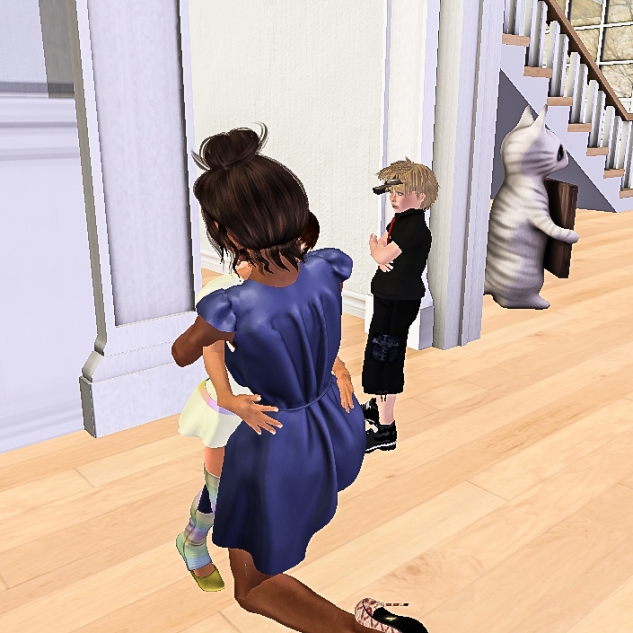 After hugging me, he noticed his cousin and was so pleased to see him. Soon we parted ways so that we could run some over due errands and Timmy could go on to see some of his friends.

We got home and I sent Taelor to go get changed quickly. As he did, I whipped up some pancakes then put it in a Tupperware; washed some strawberries then put them in another Tupperware; and, grabbed the syrup and poured some out into a mini Tupperware. Then I grabbed some cutlery, paper plates and napkins, all of which were put into a warmer and loaded it in the car.

Soon Taelor was down, and off we headed, to the garage!

When I won the title of Miss Bay City, I was given a brand new Ferrari. I’d been very nervous about driving such an expensive piece of machinery, but I was determined to do it today – with Taelor. So we grabbed our extra cool sunglasses and put the top down.

Whoohooo! Off we went, down Route 66 with the wind in our hair and between our fingers! Taelor is such a cool passenger. We chatted a bit as we made our way there. We were headed to the Pouloco garage in Truro to get the car checked over and washed. It’s a brand new car, but you can never be too careful!

We pulled up to no lines! YAAY. After swiping my card, putting the top back up and driving into the chamber, I parked the car and we waited. 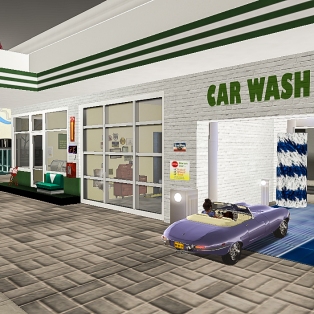 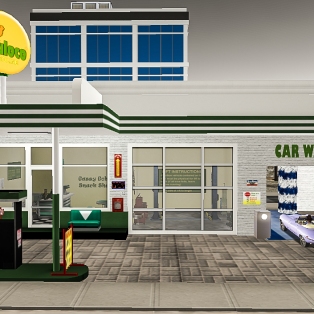 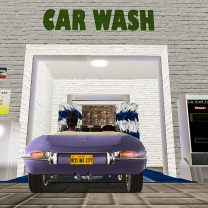 Soon the machine roared to life and be soap squirted down on the car from above and the sides. In no time the car was covered in water and soap. It was a bit fun to watch the car getting a bath. 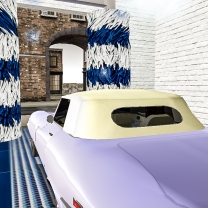 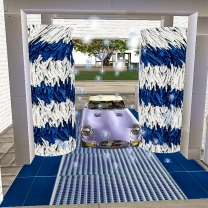 When that was over, I pulled up to the garage and spoke to the mechanic who took my keys and proceeded to start doing some checks under the car. 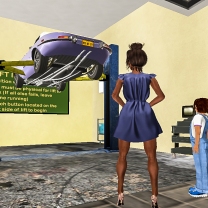 In the mean time, Taelor and I strolled down the street to P’s Bay City Bistro to relax.

I stopped by their cash machine to check that I had enough cash on my card, then we sat down to eat what I’d brought with us. 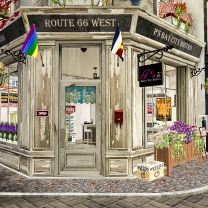 It was absolutely so pretty there. Taelor pointed out that the trees had already begun to change color and shed their leaves and we both found it so beautiful. 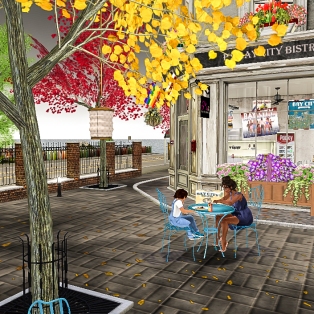 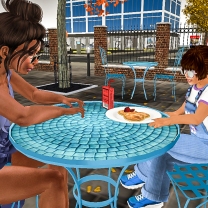 We ate the delicious pancakes after saying grace. It was so so special just hanging out together in the cool breeze, talking and eating up.

Time flew by and soon we were headed to the garage to get the car, then drove home in time to make it for Taelor’s bed time.

We said bed time prayers and then had a short chat about Good versus God. It was something I’d mentioned in our prayers, as inspired by a book I’m reading “Good or God”. It got him thinking. As we talked, I just kept gazing at the sweet face of my good hearted son, and felt full of love for him as he asked questions and bore his heart honestly. I can’t love him enough for being honest and open enough to ask questions. No matter where he is in his walk, I will always be by his side. I know he is my gift, and so as I tucked him into bed, I wasn’t able to leave. I curled up beside him, held him and there he fell asleep in my arms. *sighs*

It’s the best feeling in the world. ❤

2 thoughts on “The Ferrari gets checked and washed”