Taelor and I had been sporting bobs together for about a month. With the opening of Georgia’s Beauty Salon only a few minutes down the road, I decided that instead of washing and blowing his hair out myself, I would treat him to getting it done professionally.

So soon as he woke up, we hoped in the car and headed down the road. I had made an appointment earlier in the week. We arrived a few minutes late because of a two tram pile up on the road, but fortunately Georgia was nice about it. Soon we were inside and Taelor happily climbed into the big chair by the sink. 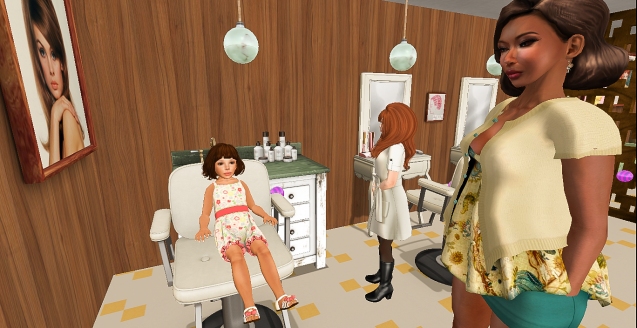 Georgia is such a professional. She seemed completely in her element and interacted with Taelor quite well. It’s clear that she has really good mothering qualities. I wondered if she has any kids of her own.

I was sat within eye and ear shot in the waiting area. The TV was off, but I really wouldn’t have been watching much of it if it had been. I was more interested in keeping an eye on what she was doing and how Taelor was adjusting to having his hair done by a stranger.

I could tell that Taelor was very comfortable with her. His legs were swinging as the dangled off his seat, many inches from the floor.

She shampooed his hair thoroughly. From what I could see, she used the right blend of rigor and gentility. I felt secure that his hair and scalp was squeaky clean by the time she was done.

After the rinse, she wrapped his hair in a towel and helped him down and over to her work station where she towel dried his hair, then blow dried it after putting some protecting and conditioning oils. 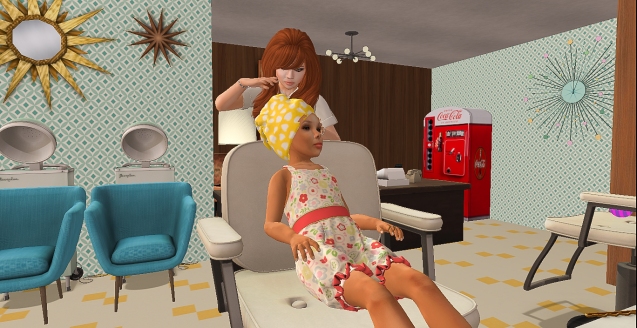 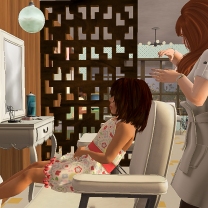 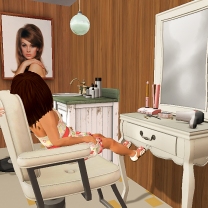 She then used a curling tong in the most expert manner, giving his hair a galore of very tight curls that held their place. She then styled his hair, combing out curls where she needed. She mostly just placing the hair strategically into a pigtail buns.

I had brought my bag of accessories that I often use on Taelor’s hair. In it you’ll find hair bands, bows, clips, tiaras, hair wraps, elastics, extensions, snap clips, flowers and lots more.

Rummaging through, I found a string of flowers and handed them to Georgia asking if there was any way she would incorporate them in the style. She obliged me and WOW! 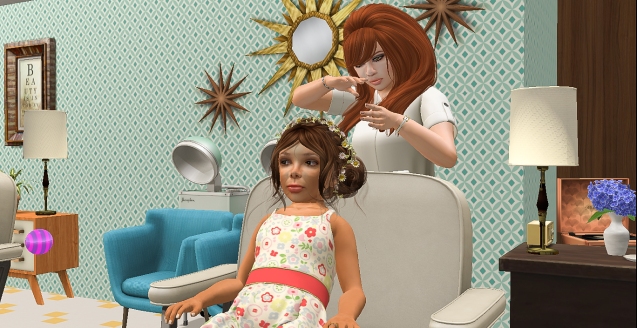 Taelor was beaming through out as he watched her do her work on his head. However, when he looked in the reverse mirror to see the back of his head, he squealed with delight! Truly a happy moment for him.

I was very thankful for all the work and left a good tip when I settled the bill. 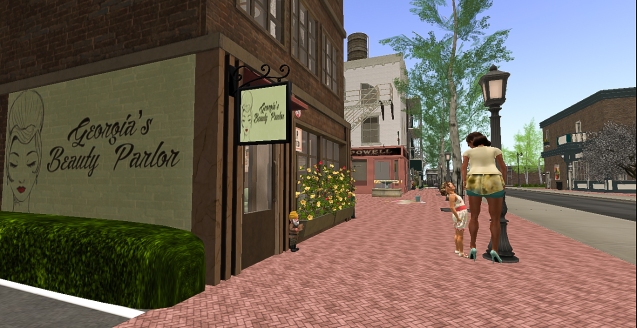 We headed out to the car, but along the way we stopped to play Hop Scotch seeing that there was a drawing and some left over chalk sticks on the ground. It was fun playing together. It was such a lovely spring day. Perfect for hop scotch! 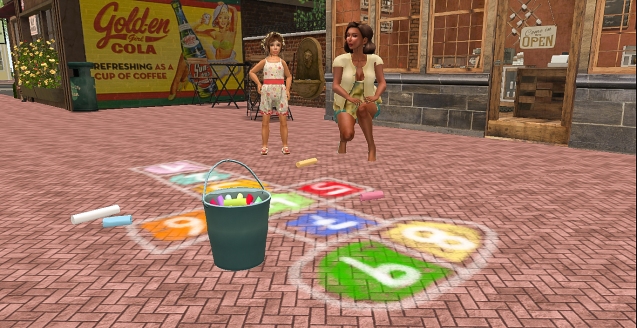 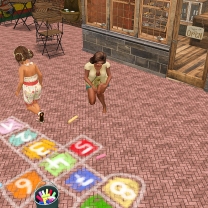 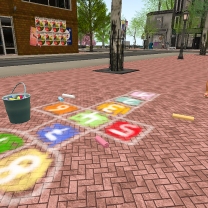 As we walked, we decided to stop at Hotel De L’quest to confirm the booking we were trying to make for my brother, Adam.

There wasn’t anyone there, but there was a note and a key left behind permitting me to check out the rooms to decide which one we would be booking. 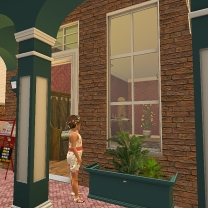 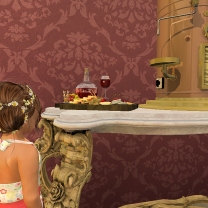 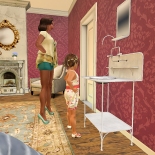 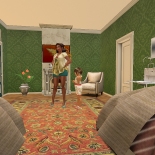 While Taelor and I were looking around, I got a text from my nephew, Siddy. He was in a taxi on the way to our house, so Taelor and I cut our viewing short and jumped in the car to head home quickly.

Siddy was already there. We let him in and after lots of hugs, they chitchatted as they do.

Sadly, it was almost Taelor’s bed time, so Siddy and him didn’t get a lot of time to play. Siddy wanted to stay and tuck Taelor into bed with me, so I sent them both upstairs.

We waited for Taelor to get changed into his pajamas. Once that was done, the 3 of us knelt down and said a bed time prayer. 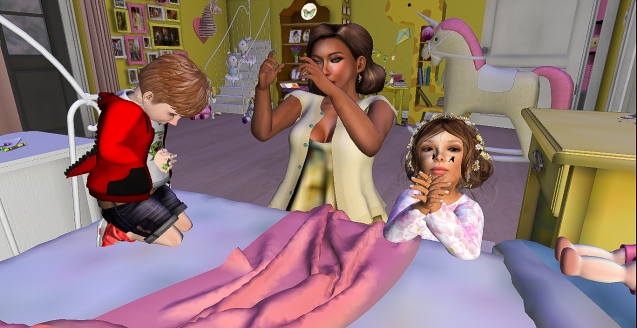 After that, Siddy insisted on singing Taelor to bed. HAHAHA How could we pass that up? So there he was, my adorable little nephew, ready to belt out a bed time song to his big cousin. Next thing I know, Siddy is dancing all over the room! I’d like to say I was surprised, but I wasn’t. My nephew does nothing in small measures. His heart is as big and bright, just like his personality.

Taelor was smiling as he watched Siddy dancing and singing for him while I tucked him under the covers.

Soon he was asleep and Siddy was downstairs searching my house for cookies.

One thought on “A new do”