Shortly after being crowned “Miss Bay City”, I felt really drawn to the idea of contributing something PERMANENTLY to the community. That was when I created the Garden Maze at Falconmoon, just off Route 66 in Bay City.

I was really astounded by the popularity. It was featured by the Firestorm viewer and listed on the Editor’s pick on the Destination Guide. Who would have thought that a pet project, vastly inspired by my son’s ideas, would be well received.

You can read about the first time I took Taelor to explore it once construction was completed.

The entire process helped me keep limber with my scripting skills. By the end of all works on it, I recall noticing people visiting for all sorts of reasons. Some to take pictures. Some to RP. Some to find the hidden treasures. Some to just relax in the garden.

In the past few weeks, we have had to transition in many ways. We relocated due to our landlord closing up, and as a result we lost our home and now the maze. Today, I got a message stating that the land had been sold. This meant we would need to say our goodbyes.

When Taelor woke up, I was so happy to see him! We hugged and once he and I were washed and changed, I told him about the errands we would run today including the drive down the road to the maze to say our goodbyes.

He took it as well as I could ever expect. 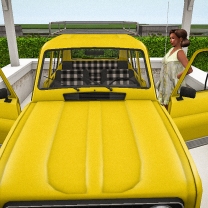 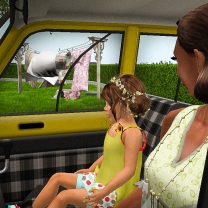 When we arrived at the maze, we sat in the car for a while just taking it in. We exchanged stories about what made the maze special to us.

Once we mustered up enough courage, we went in an walked around from the maze. 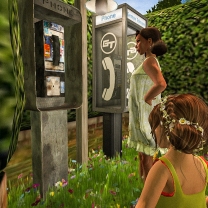 We went from the ground to the secret place way up in the sky, saying goodbye as we went along. 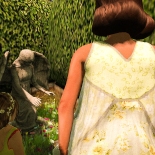 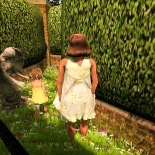 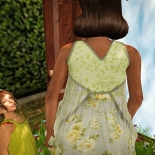 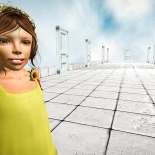 Taelor took a moment to give the tree a hug.

It was then that he began to cry.

It broke my heart but took my time to comfort him. 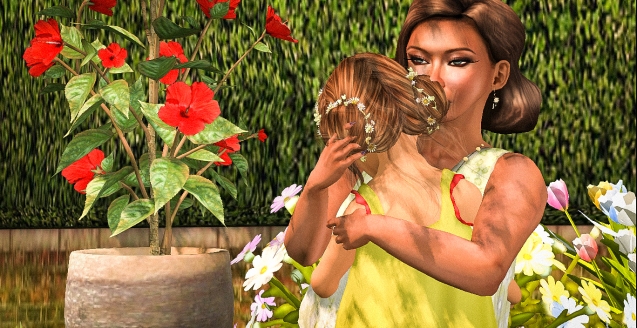 He’s good with appreciating when a time comes to an end for something we hold dear, but it never takes away from the sadness that comes naturally with saying goodbye.

Once we had finished, we headed to the shops for some retail therapy. It was my intention to take us swimming, but since most of our afternoon was spent at the maze, I decided we would postponed it till next Sunday. Still, nothing stops us from shopping for new bathing suits today. Especially if it means returning to the lovely shop again – Turducken.

It took a while for Taelor to decide. I really couldn’t blame him. The options where all so perfect and adorable. It was hard to decide. Alas, he did. And guess what color it was? Yellow – his favorite. 😀 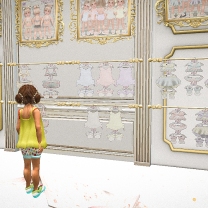 Bed time was here. My little Princess put on his Beauty Sleep night gown and off we went to say our bed time prayers.

He was feeling better now from what I could tell. His prayer tonight reflected a bit of that.

I told him two stories after that. One from the Nigerian folktale book. The story was about why the Bush Cow and Elephant are bad friends. The other story I told was the starting 3 chapters of the Children’s Bible.

I tucked him in and soon he was fast asleep with a gentle smile on his face.